What is a Deed of Trust

What is a Deed of Trust?

A deed of trust (also know as a trust deed) is a deed (a piece of paper usually recorded at the county) that gives legal title to real estate to a trustee. It secures the note (Mortgage).

There are three parties to this type of title. They are:

They are written so that the lender gives money to the borrower to purchase a real property (home) and the borrower signs a deed of trust giving the power of sale for property to the natural 3rd party trustee to be held in trust for the lender. (I like to think the trustee takes the Deed of Trust and puts it in the top drawer of their desk and waits.) The borrower owns the property, but the title is held by the trustee.

This is noted in the Deed of Trust and is called the ‘power of sale clause’ for example:

in trust, with the power of sale, the following described property.

The trustee sells the home by the foreclosure process. The important part is that the trustee holds the title and sells the property AND there is no court of law involved. This is called a non-judicial foreclosure. No court, attorney, judge, jury needed. With a “power of sale” clause, the borrower has authorized the trustee to conduct a non-judicial foreclosure in the event of default. The trustee just does it and when completed the new owner receives a Trustee Deed. Foreclosure can start 1 day after the borrower is late and the borrower has only 90 days to make the back payments, make the Mortgage current and pay any fees for foreclosure or late fees. On day 91 the home can be sold at foreclosure and the ownership is transferred and the original owner is out.

Another problem for the borrower is if there is a deficiency this is called a taxable event. What this means is that the deficiency is considered income to the borrower and the borrower has to declare this as income on their income tax return. For example, if the original amount owed was $100,000 and the home sold at a foreclosure auction for $75,000, there is a deficiency (gap) of $25,000. The lender cannot sue for this amount they lost. We are a non-deficiency state. However, the US Government does not care and will want you to declare this as income on your tax return. (At the time of this writing, in most cases the US Government is not requiring this, but this can change).

Trust Deed differ from mortgages in that Trust Deed always involve at least three parties, where the third party (trustee) holds the legal title, while in the context of mortgages, the mortgagor (borrower) gives legal title directly to the mortgagee (lender) In either case, the equitable title remains with the borrower. Foreclosure on a mortgage is a judicial procedure (court of law) and is seldom used in Arizona.

The time periods for the “trustee’s sale” or “power of sale” foreclosure process vary dramatically between jurisdictions. Some states have very short timelines. For example, in Virginia, it can be as short as two weeks. In California, a non-judicial foreclosure takes a minimum of approximately 112 days from start to finish. The process starts only when the lender or trustee records a “notice of default” no matter how long the Mortgage payments have been unpaid.

Trust Deed is subject to the rule “first in time, first in right,” meaning that the beneficiary of the first recorded deed of trust may foreclose and wipe out all junior Trust Deed recorded later in time. If this happens, the junior debt still exists but becomes unsecured. If the debtor has sufficient senior secured claims upon their assets, the junior liens may be wiped out completely in bankruptcy. 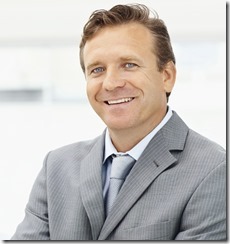